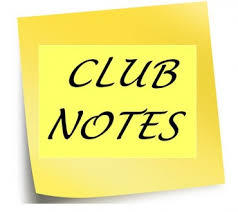 Our weekly lotto draw took place on Monday the 11th of April. The numbers drawn were 5, 8, 15, 20. There was no Jackpot winner, so next week the jackpot will increase to €3,000. The lucky dip winners of €40 each were James Quilligan c/o Kelly’s Bar, Linda & Lorraine Curtin c/o Peter Curtin, Lilly Enrlight c/o D Collins, Orla. Paul & Orlaith Hannan c/o Margaret Hannan, Harry O’Shea, Camp, Kerry. The next draw will be in the clubhouse on Tuesday the 19th of April due to the bank holiday weekend.

Our tickets are now on sale for €2.00 each or 3 for €5. They can be purchased online at www.ncwgaa.com click on Lotto on the drop down menu or through any of the local outlets/promoters selling same. A reminder to those of you on social media, that our draw goes out live every Monday evening at 8.30 p.m on Facebook. We thank you all for your continued support.

To keep up to date with all the comings and goings of our club, we would encourage you all to download the Club Zap app by visiting your app store. Follow the onscreen instructions to set up, so you will never again miss out on the latest club news, fixtures, results, lotto draw results etc. Lotto can be played through the app.

The Intermediate hurlers are out in the West Senior hurling league against Adare on the 19th of April, result not available when going to print.

Our senior footballers lost out to St Kierans on a score line of 0.14 to 1.07 in the West Senior football league. We have a bye in the next round so the next league fixture will not be until May. The Intermediate footballers are out on the 24th of April against Cappagh.

Hard luck to Limerick U20 footballers in their defeat against Cork in the Munster semi-final on the 18th of April. It was great to see the club so well represented with no fewer than 6 of the squad from NCW, a remarkable achievement. Captain Ruadhan O’Connor, Aaron Neville, Emmet Richter, Michael Cremin, Todd Donovan and Sean Geraghty represented the club proudly.

Having lost out to Cork in the first round, Limerick take on Kerry at 630 on the 19th of April in Kilmallock. Congratulations to Diarmuid Lyons who has again been named to start at half back for this clash, having lined out against Cork last week as well.

Our U15 hurlers competed in Feile Na Gael on Easter weekend, with the team recording a victory over St Kierans and losing out to Kildimo Pallaskenry, Belville Gaels and Adare. 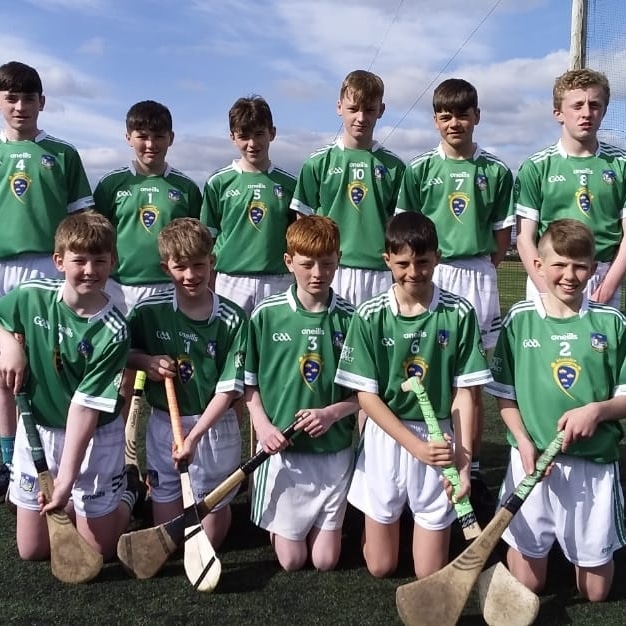 Well done to Kian O’Keefe (Gaelscoil O’Doghair) and Thomas Hanley (Courtenay Boys National School) on being selected for the Limerick v Cork primary schools hurling match at Pairc Ui Caoimh, which was a huge honour for the boys, their schools and their club. Both played excellently and got on the scoreboard!

The U17 championship doesn’t start until the end of June following state exams. The squad had a good run out last Wednesday evening with a Hurling challenge v Killeedy Tournafulla in Raheenagh. Another challenge match, away to Croom has been arranged this Wednesday, April 20th @ 6.45pm.

Our U15s had a busy week. Last Monday evening (April 11) we drew 1-11 to 3-5 to a strong Belville Gaels side in Feenagh in U15 Hurling Division 2A. Newcastle West had the lead at half-time (0-6 to 3-4) but were under considerable pressure with Tiernan Horgan in goals in great form and denying the home side several goal chances. Belville whittled away the lead and drawing level with 5 minutes to go. Tiernan again keeping us in it with a penalty save. A Paul Logue point put us ahead in the last minute but right at the death Belville levelled again to share the points. Scorers Sean Lyons (1-1), Declan O’Grady (1-1), Darragh Tierney (1-1), Sean Fitzgerald (0-1), Killian McAuliffe (0-1), Paul Logue (0-1)

On Good Friday we played our Feile na nGael matches in Kildimo Pallaskenry. Our opening match was a low scoring and physical battle against the host club. Newcastle West were unlucky not to take the win denied several good goal chances at the death but lost out 0-5 to 0-3. NCW scorers were Sean Lyons (0-1), Declan O’Grady (0-1), Paul Logue (0-1). We headed for Kildimo pitch where we played St. Kieran’s in the second match. We were down at half time 1-3 to 1-4 but showed great pride in the jersey to win an almighty second half battle to win by 2 point 1-7 to 1-5. NCW Scorers Darragh Tierney (1-3), Declan O’Grady (0-2), Sean Lyons (0-1), Paul Logue (0-1). Match 3 we played Adare in Pallaskenry and were well in the game at half time trailing by a goal (2-2 to 1-2). In the second half we were enthralled by the display of an up and coming star. Adare’s Patrick Kearney is a name to take note of. He simply scored at will and Adare romped home to a big win. NCW scorers Declan O’Grady (2-0), Darragh Tierney (0-2). Our final match saw us heading back for Kildimo with a rematch with Belville. Unfortunately, injuries and fatigue started to take their toll and Belville raced ahead to a half-time lead 2-5 to 0-1. After a long and tiring day it would have been easy to throw in the towel but our boys came out to show pride in the jersey once more narrowing the lead to 4 points before Belville pushed on again to win the match 3-7 to 2-2. NCW scorers Declan O’Grady (2-0), Sean Lyons (0-2). 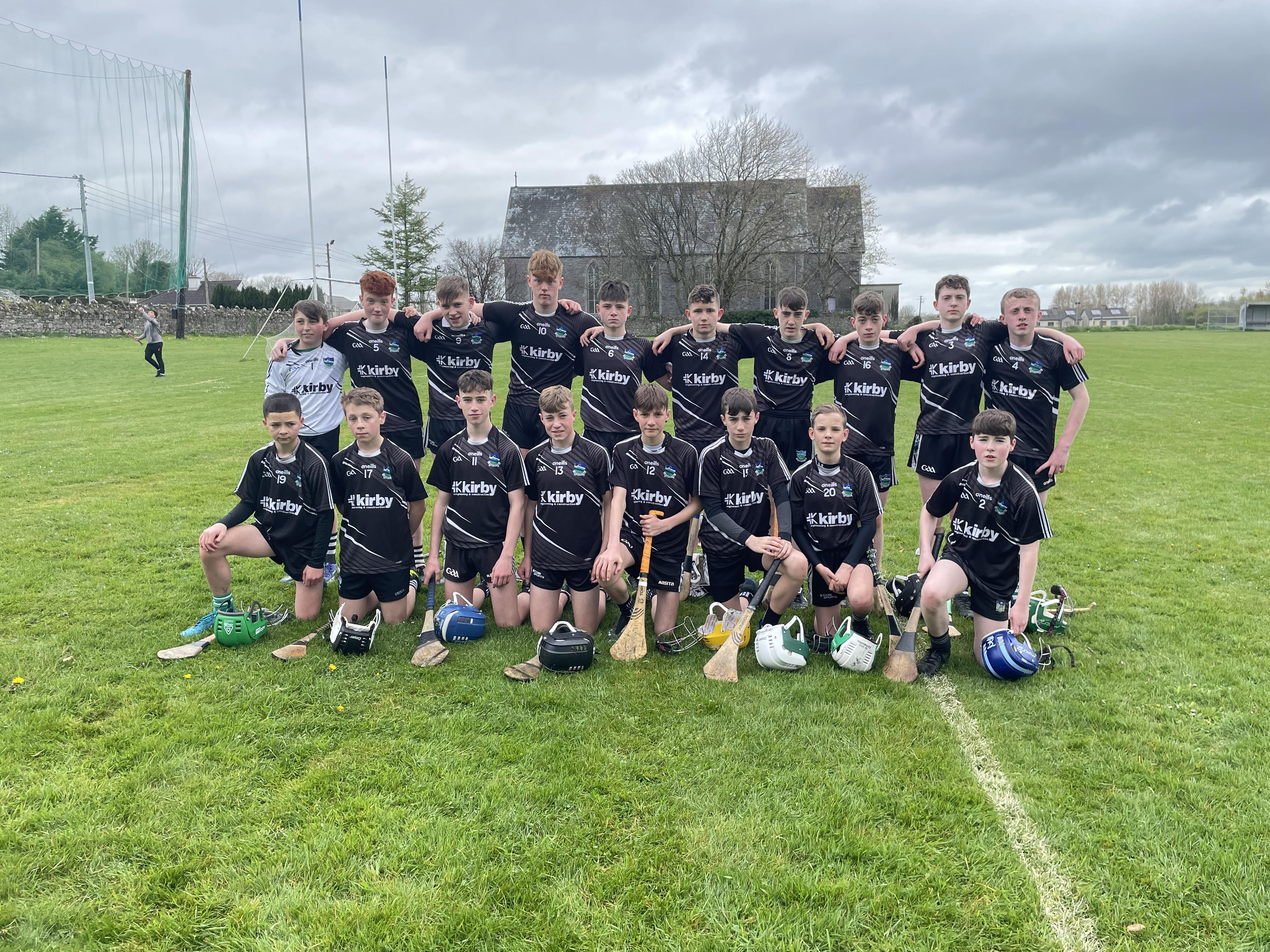 Next up is a change of code with an away trip to Dromcollogher Broadford in U15 Football Division 1A Round 2 on Monday April 25th @ 6.30pm.

After receiving a Round 1 walkover our U13 hurlers were keen to get their season up and running with an away fixture to South Liberties. Unfortunately, the match was postponed and will be refixed at a later date. Next up for the U13 squad is the opening fixture in U13 Football Division 2A away to Dromcollogher Broadford on Thursday April 21st @ 6.30pm. Best of Luck lads!!

Best of luck to our young U9 Magpies who have their first Football match of the season away to Monagea on Friday April 22nd @ 6.30pm. 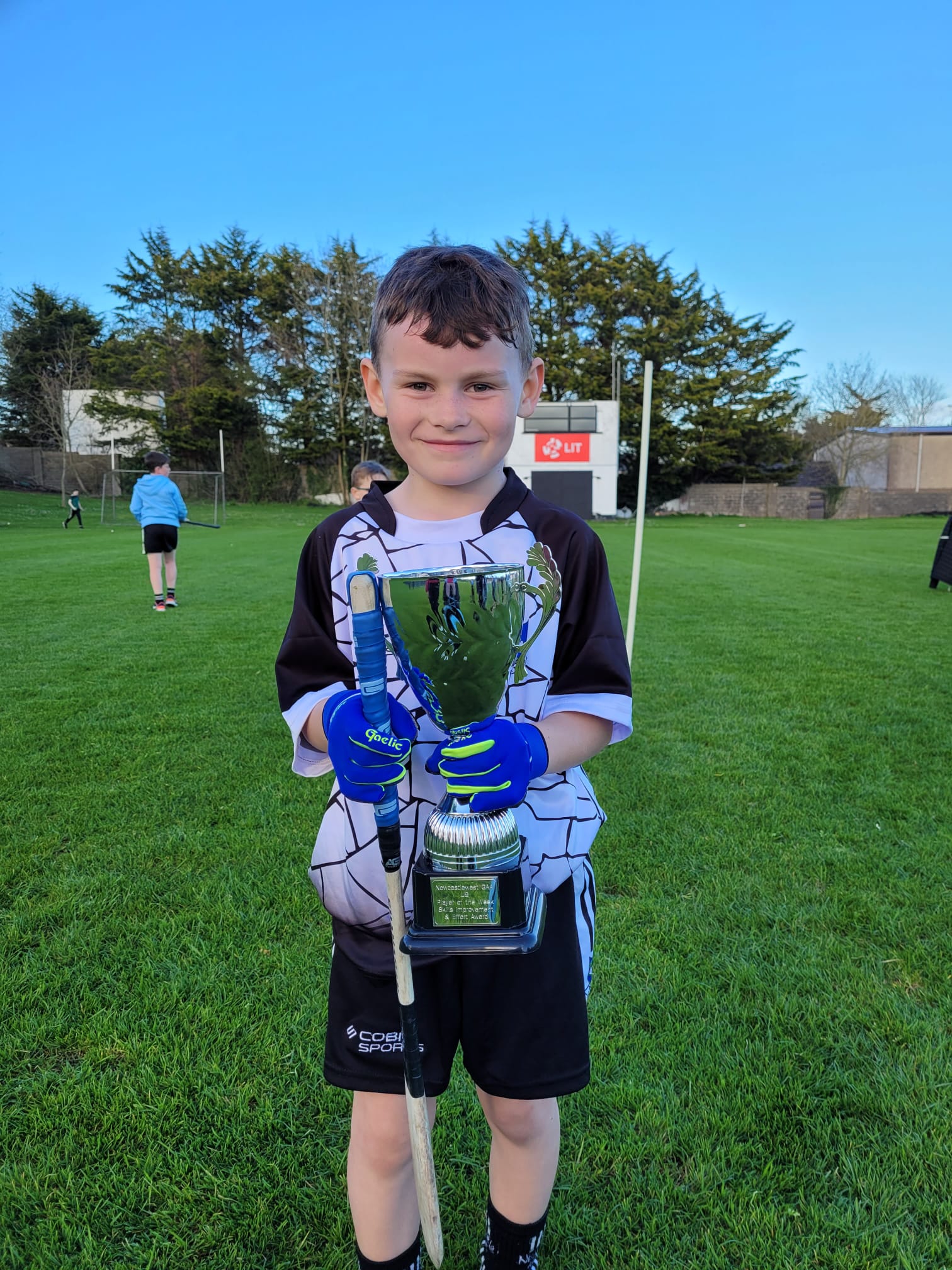 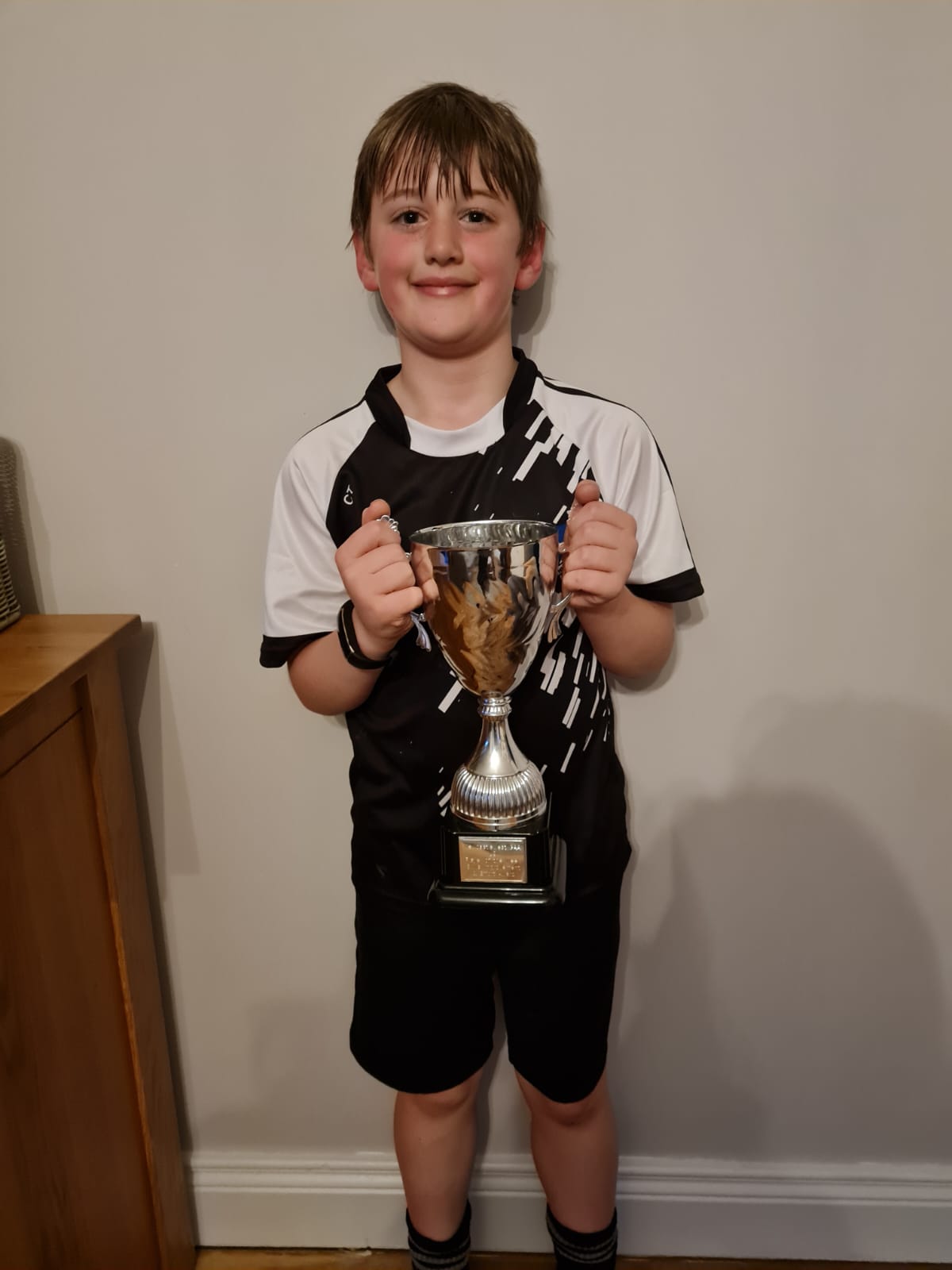 Well done to Conor and Joey on being awarded the player of the week for this week.

And finally the very Best of luck to our youngest U7 Magpies who welcome Shannon Gaels footballers to town on Saturday April 23rd @ 10.30am.

Are you interested in getting involved in your local GAA Club?

If the answer to this question is Yes, don’t be shy, contact us 087 6381319 or via social media. A Cead Mile Failte awaits you. We are crying out for volunteers in all areas. Many hands make light work.

Well done to our U13 hurlers who defeated a skilful and d...

Thanks to our hard working facilities team for providing ...

Due to the limited number of stand tickets the club have ...

The Newcastle West GAA Club Shop is now open for the purc...

Get live information for Club on the ClubZap App